Buenos Aires, June 17th, 2020 – Argentina’s second-largest airline LATAM suspends operations in Argentina. The subsidiary company “LATAM Argentina” will cease all domestic flights within Argentina with immediate effect. LATAM will leave the country and will not operate any flights in the near future.

Read also: top 15 things to do in Buenos Aires

LATAM Argentina is the subsidiary company of LATAM and was responsible for all domestic flights in Argentina for the airline group. The international flights from and to Argentina will continue.

This news has an effect on the airline landscape in Argentina. For 15 years LATAM was a good competition for Aerolineas Argentinas, breaking down the monopoly position of the state holding company. Nevertheless, ultralow-cost airlines FlyBondi and JetSmart are planning to restart their operations as soon the flight ban is lifted. We hope that they plan to take over some routes and will avoid a price increase for some domestic routes.

The reasons that LATAM suspends operations in Argentina are ongoing pandemic and because and the travel ban in Argentina. Argentina has one of the strongest travel bans in the world. There are no flights are allowed until August 31, 2020.

LATAM said “local industry actors” in Argentina had been difficult to deal with and “made it impossible to foresee a viable and sustainable long-term project.”

A couple of months ago Norwegian left Argentina and now LATAM will leave Argentina too. Leaving Aerolineas Argentinas, FlyBondi, and JetSmart the three operators in Argentina. 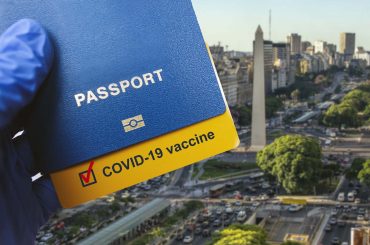