Where is Buenos Aires beach, or just to start, does Buenos Aires a beach after all? The truth and how going to the beach you read here. Take your sun protector, umbrella and beach rackets?

Read also: top things to do in Buenos Aires.

Let us first say this: it’s an artificial beach created in a public park. Don’t expect palm trees, a white beach, and a sea to swim in. Buenos Aires is located on the banks of Rio de la Plata. The river is brown because of the sediments but around Buenos Aires, it’s a bit dirty. Four hours driving away from Buenos Aires there is the Atlantic sea. However, Argentina is not really known for its exotic beaches like in Brasil.

The strand in Buenos Aires is created by the city. It is there in January and February. Otherwise, it’s just a park on the river banks.

So, if you’re looking for a natural beach, then Buenos Aires is not the right place. We suggest going on a day trip to Colonia de Sacramento in Uruguay or Montevideo.

How go to Buenos Aires Beach? 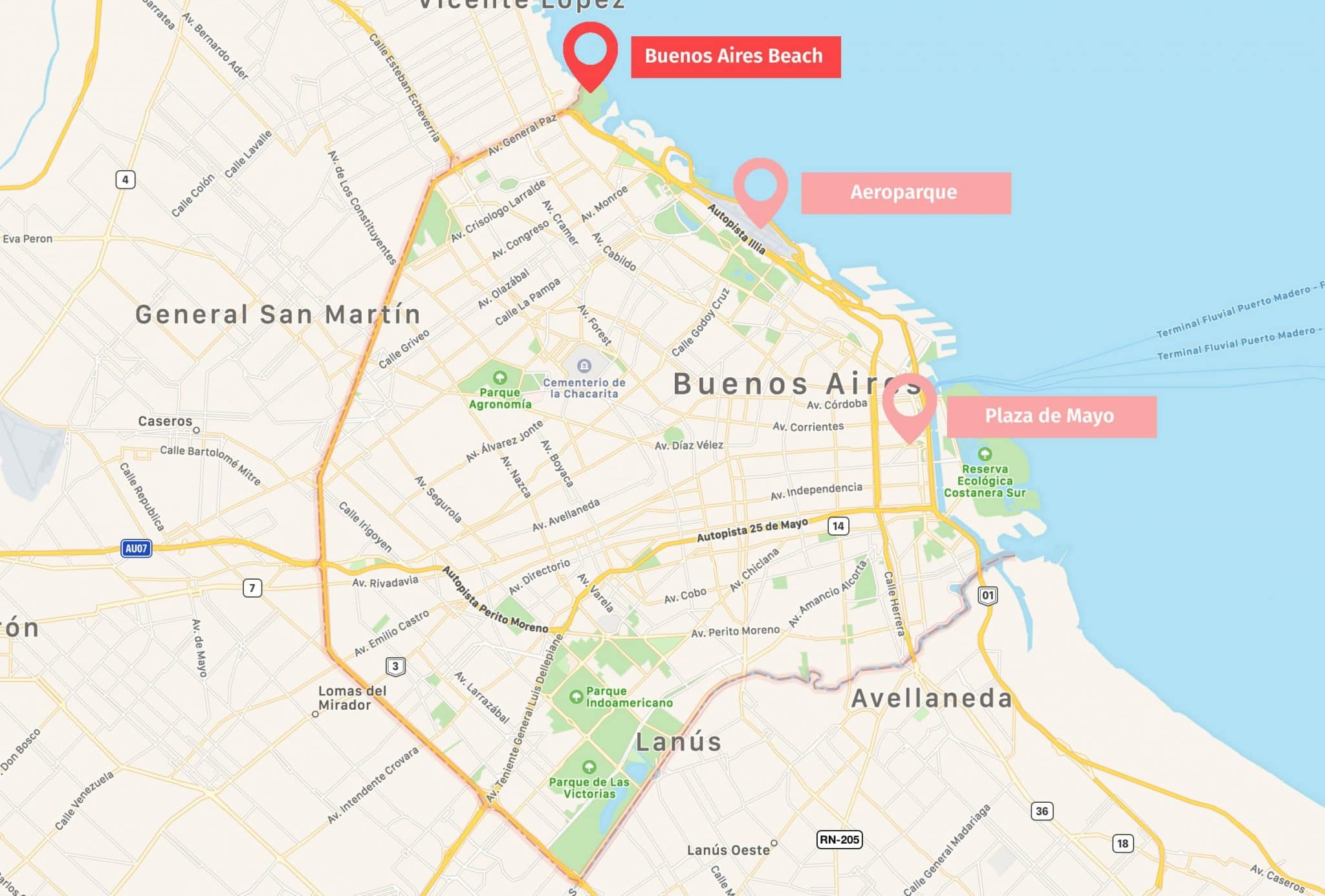 Is it worth to go?

If you’re some extra days in Buenos Aires? Why not. You will get in touch with the local life in Buenos Aires. But, it’s perfect if you’re traveling with children and want to rest for a moment. There are activities such as concerts, animation for children and a water playground. Because it’s the only “beach” in the capital city, you can expect a crowded area on weekends.

In short, you can’t swim in the river and most of the public spaces in Buenos Aires are quietly crowded in summer. We suggest heading to a rooftop bar, some have pools too 😉