Read also: 20 things you should visit in Buenos Aires!

My things NOT to do in Buenos Aires

Visit the zoo in Luján

One of the places you should not visit is the zoo of Luján. It’s located in the province of Buenos Aires. One hour driving from the city center.

Some touristic tour operators, for example in Calle Florida, are selling day trips to the zoo. The highlight of the day trip would be petting tigers and lions. And to hug a bay tiger. It all sounds very nice.

But the reality is different. The animals are sedated so that they are tame and lame when visitors pet or feed them.

Meanwhile, the zoo is also “temporarily closed due to irregularities in the conservation of the fauna”. For me one thing NOT to do in Buenos Aires.

Visit the villas in Buenos Aires

Villas or also called favelas are an area you should not visit no matter what.

It is definitely not a highlight during your stay. The villas are usually situated around a train station, including behind Retiro train station for example.

The city is doing everything it can to upgrade the neighborhood and drastically improve living conditions. However, it is strongly discouraged to walk there as a tourist.

Take a taxi at random in these neighborhoods

I can advise against taking a taxi at random around the train stations or airports. These neighborhoods are known to have more taxi drivers driving around and scamming you. This can range from counterfeit bills as change, asking for an amount that is too high, and wild driving behavior.

I’ve been through all three. Especially the last one, driving irresponsibly was dangerous. The taxi driver was actually racing the other taxi my parents were in. An unforgettable and dangerous experience.

If you arrive or depart in Buenos Aires, I can strongly recommend private transport. The price is similar and the experience much better. Book here your private transfer (tested by myself).

Don’t be afraid to take the metro

For me, the subway is one of the best ways to get around in the city. Also, the bus is an ideal alternative to a taxi.

The metro is similar to any other metro system in the world. Obviously, always watch out for pickpockets but I’ve never had a bad experience. The metro is fast and efficient.

As well as the buses often have a separate lane (MetroBus), so that they can drive past traffic jams.

Get your Subte card at metro stations. You can also upload them there with credit.

It is common knowledge among the residents of Buenos Aires to avoid La Boca when it is dark. Not that it gets wild at night but even the police patrol there less when the sun is gone. It is then a rougher neighborhood that you would rather avoid.

A general tip that I also like to pass on. Keep your jewelry or shiny watches hidden. It just grabs the attention of some.

things NOT to do in Buenos Aires
2 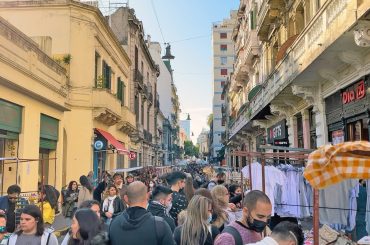 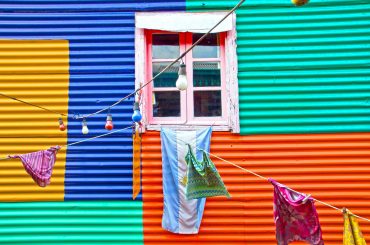