On a sunny Saturday afternoon, we went for a walk in Puerto Madero. It was much calmer on the streets than on a normal day at the weekend. Buenos Aires is currently still under strict lockdown. Residents of the city are allowed to go outside but not further than the city borders.

Read also: where should you stay in Buenos Aires?

Puerto Madero is the newest neighborhood in Buenos Aires. But before that area was a local harbor. The river Rio de la Plata was not that deep to handle the traffic of the boats. Therefore, the city developed Puerto Madero. But the development of the harbor was so slow, that in the time of delivery the harbor was too small. The then newly developed port quickly fell into disrepair. It took until the 1990s for the city and local entrepreneurs to revive the dilapidated urban area. It is currently one of the most expensive regions to buy an apartment.

We went for a walk on August 1st, 2020 when its actually winter in Argentina. Buenos Aires has some cold days but its very rare if the temperature goes below 0 celsius. A normal winter has temperatures between 5°c and 15°c. On the day of our walk, it was a nice 15 degrees with a clear sky. A perfect day for a stroll through the former harbor of Buenos Aires.

Download our free app (iOS and Android) for walking trips. 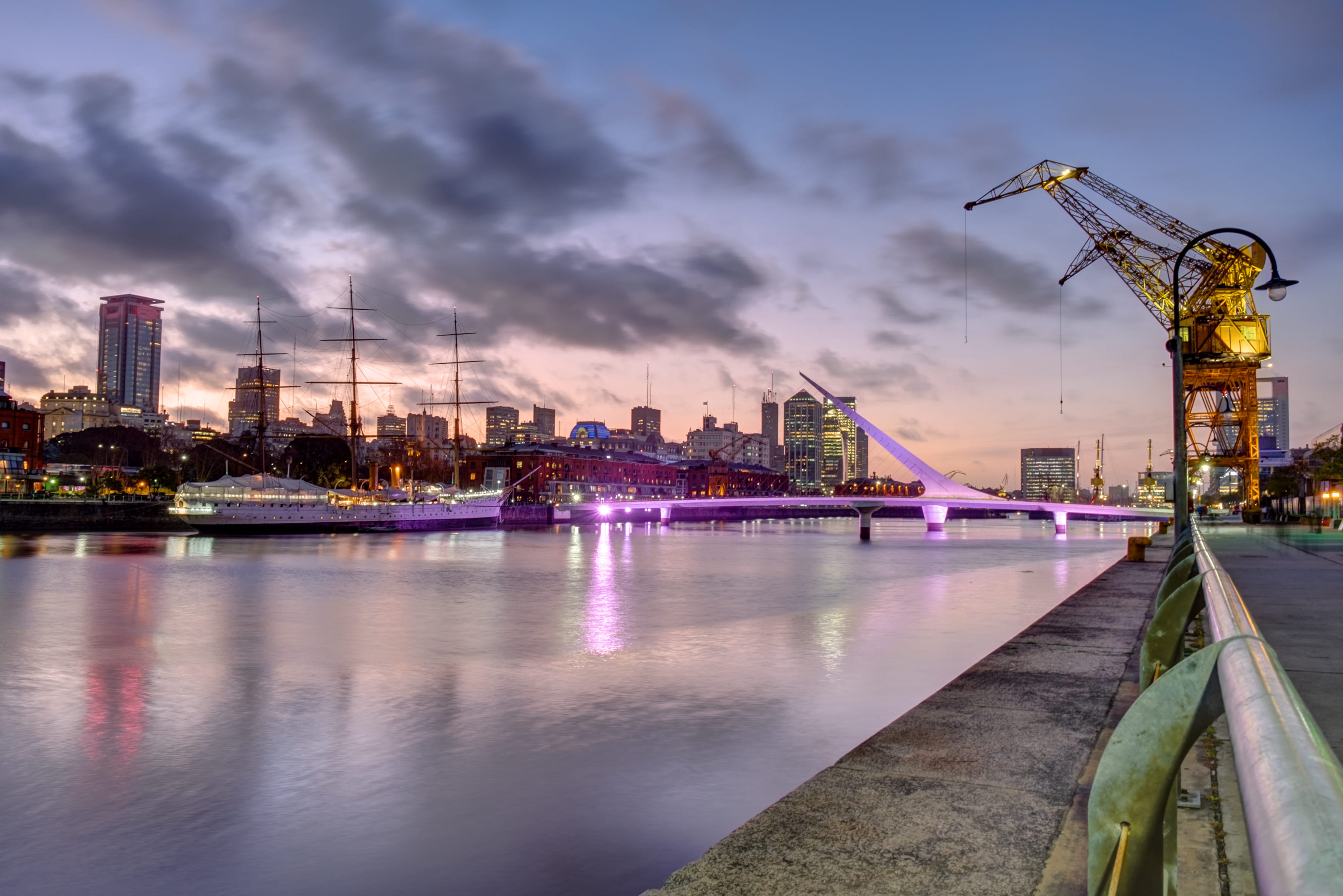