Read also: how to use a taxi in Buenos Aires – tips and tricks

How to use public transport in Buenos Aires?

Why should you use public transport in Buenos Aires?

We are not exaggerating when we say that you can get everywhere with public transport. Buenos Aires has a very extensive bus network supported by the metro. Also, it’s a cheap way to get around in Buenos Aires and you will come into more contact with local life.

Pay all your transfers with the SUBE-card (bus, subway and train)

The SUBE-card: where to buy it?

The SUBE-card is the contactless reload card to use on all buses, trains, and subway in Buenos Aires. It’s not possible to pay cash at the driver!

You need to get a SUBE-card before you want to use the bus or metro. Do you arrive at Ezeiza (EZE) International airport? Great! But first, you will need some cash Argentinian peso. In our article “the best places to change your money in Buenos Aires” we mention were to change it at Ezeiza airport. Afterward, head back to the arrival hall and on your left side, you will see a kiosko were you can buy a SUBE-card. The price is around USD 1,60.

At the same kiosko you will see a yellow machine with a touchscreen. Put your SUBE-card on the reader and insert some peso bills.

Tip: Are you only getting around in Buenos Aires by public transport? Per day in the city, you will use around USD 1,80. So, top up enough for during your stay. It will save you time.

The subway in Buenos Aires

Some tips when using the subway in Buenos Aires: 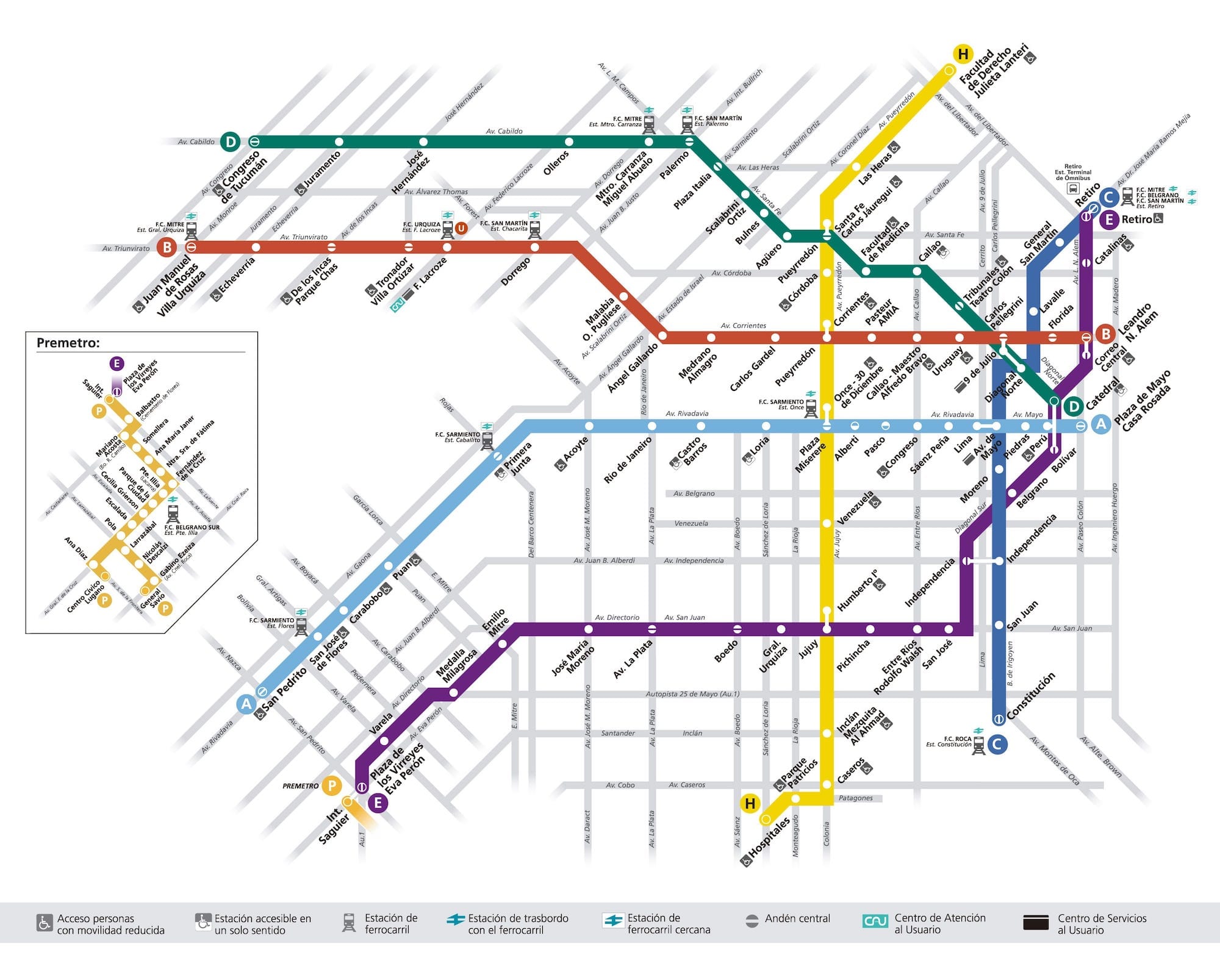 Use the bus in Buenos Aires

Taking a bus in Buenos Aires is not more special than in another city. You will notice, everywhere you go, you will see a bus. The best thing is: you will never need to wait more than 10 minutes for a bus and the buses drive day and night!

First, you need the know bus line drives to your destination. We suggest downloading the “transit” app for your phone: https://transitapp.com. It’s the most complete app with live tracking. Get a local SIM-card in Buenos Aires. Read here where to buy a SIM-card. It’s handy and easy to use.

In Buenos Aires, there is also the suburban train network. The train is cheap and well maintained.

You will need to take a suburban train when you want to go to Tigre.  The line is called “Mitre”. It will take you one hour to arrive in Tigre. The train departs in Retiro train station. First

Also, the train will bring you to El Palomar airport. The hub for FlyBondi and JetSmart. Take the “San Martin” line up to your destination in around 45-50 minutes. Departing from Retiro train station.