Read also: can you take domestic flights at residents’ fare?

Follow airlines are operating domestic flights in Argentina: Aerolineas Argentinas, and Austral are both national airlines with an extensive network. LATAM sadly left Argentina in June 2020. Andes Lineas is a mid-price range airline with a limited domestic network. Then we have low-cost airlines active in Argentina: FlyBondi and JetSmart.

Read also: why LATAM suspends all activities in Argentina

All the airlines mentioned above do have a hub in Buenos Aires’ domestic airport. The majority of the airlines have their domestic hub in Aeroparque Jorge Newbery(AEP) in Buenos Aires. AEP is just located on the edge of River de la Plata. I will take you 20 min with a taxi if you depart from Obelisco.

NOTE: All domestic flights will take place from Ezeiza international airport until December 2020.

Are low-cost airlines in Argentina reliable?

In one word: yes! In general, they are less sensible for strikes. JetSmart does provide the same service as in other countries where they operate. FlyBondi is an Argentinian founded company with reliable status. All low-cost airlines have domestic flights in Argentina. From the North to the South.

What about the visit Argentina air pass?

Secondly, rarely you make a profit by using the visit Argentina pass. The prices mentioned are without airport taxes. In addition especially now with all the low-cost and competition on the airline market. That makes it cheaper to get a domestic ticket in Argentina.

Thirdly, you need to go to an Aerolineas Argentina sale office nearby in your country to buy the visit Argentina air pass.

Secrets of a domestic flight in Argentina

The national carrier Aerolineas Argentinas has an extensive route network. However, standardly not all destinations are connected with direct flights. This can result in unpleasant stop-overs in the Buenos Aires hub.

But, there is a secret. From September until March Aerolineas Argentinas does provide special seasonal flights. For example, normally there is no direct flight between Trelew (whale spotting) and Ushuaia.

From September until March, there are seasonal connections. 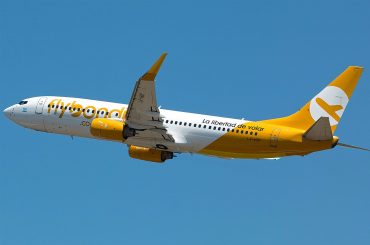 How to get to El Palomar airport