The images below give you a sneak view. Find out by yourself and take metro line D to station “José Hernández”. After two minutes of walking, you will notice the top of the Chrysler Building in the blue sky of Buenos Aires. 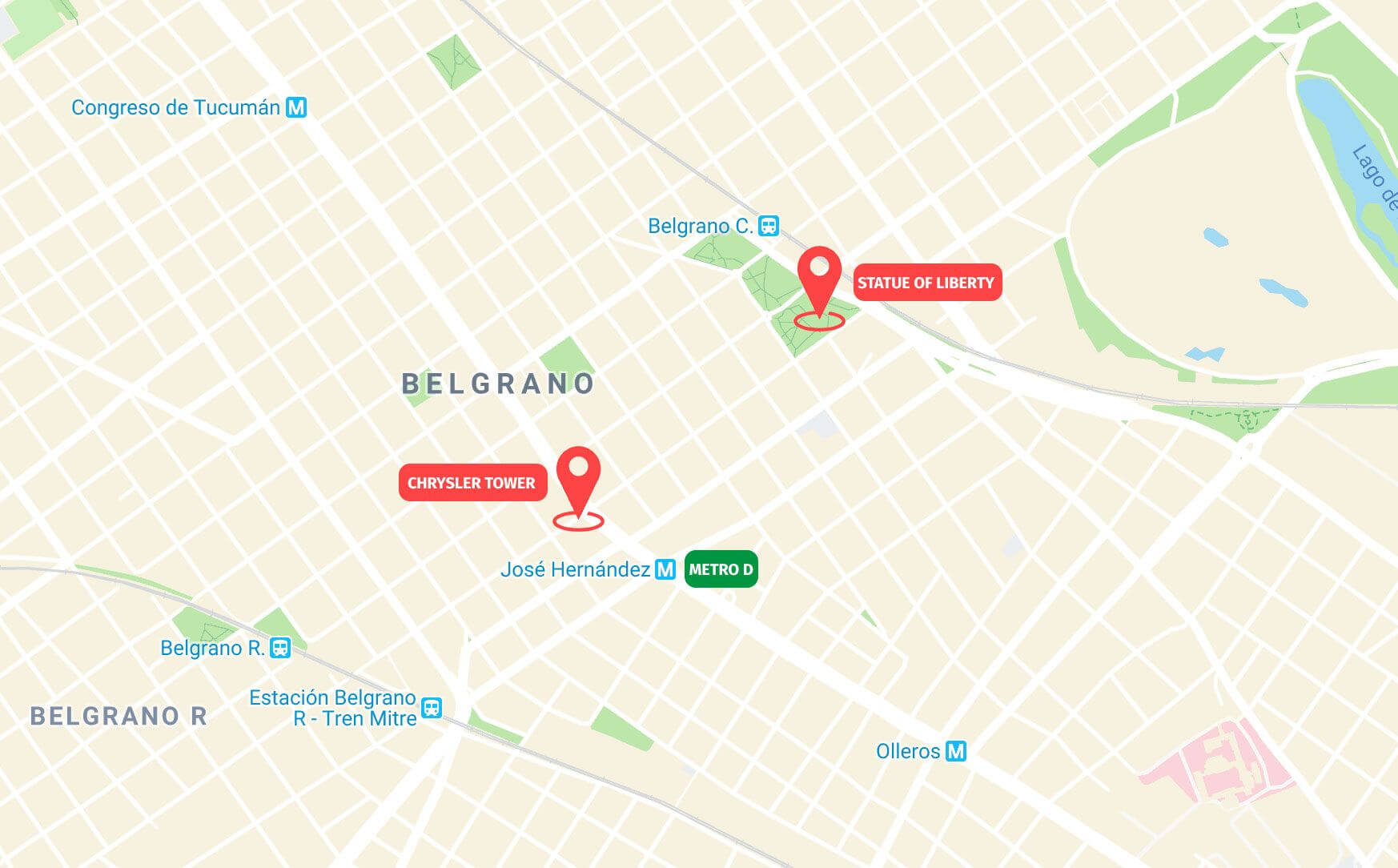 Want to see how the Chrysler building Buenos Aires edition looks like? 🙂